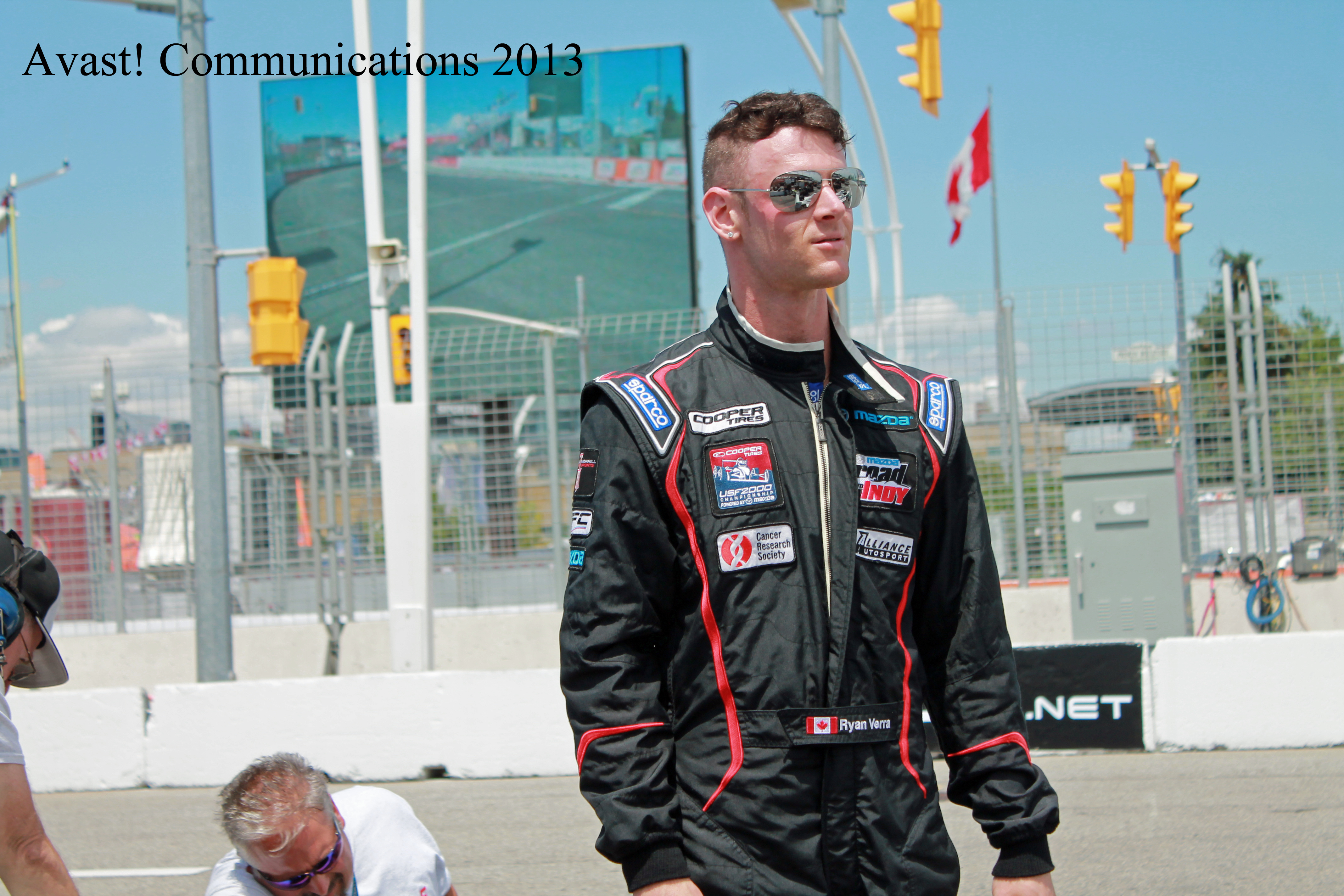 Ryan Verra came from his hometown of Calgary to Toronto this past weekend to compete in The Analytic Systems USF2000 Grand Prix of Toronto. This was his first time back in a competitive race with the No. 25 Alliance Autosport (Capto Scientia/Enemy Sport/Toshi/Cancer Research Society) car since St. Petersburg in March. Not only was Verra excited to be back racing, but he was also excited to debut his charity project, “Driven to Research”, in his home country.

Verra successfully started the event with a second place qualifying position in the National Class Presented by SCCA Enterprises. The confidence he gained from that qualifying session was obvious during in race one, when Verra posted not only the fastest lap of the race (in his class), but also his best finish of the season with a second place podium. Race two was not be so kind to Verra however. Shortly after the start of the race he made contact with a wall that had been knocked out of place by a previous event forcing him to end his session early. Verra currently sits in third place in the National Class Presented by SCCA Enterprises point standings within the Cooper Tires USF2000 Championship Powered by Mazda.

“It felt really good to be back in the car,” stated Verra. “We set the fastest lap of the race and our best finish of season so far. It’s such an honor to be racing in Canada too. Knowing my fellow Canadians are watching and supporting me really gives me the strength to go out and do my best.”

“The start of the race was the best one we had all weekend,” added Thomas Merrill, Driver Coach for Ryan Verra, on race two. “His pace was good, he was challenging for the lead, but under caution we found evidence of a heavier car moving one of the concrete walls creating an obstacle to hit that wasn’t there before. It was impossible to see until after we hit it. Ryan was driving his normal line but the wall had changed and it made contact with the wheel which bent the suspension and ended our race early.”

The next event on the USF2000 Championship series schedule is at the legendary Mid-Ohio Sports Car Course in Lexington, Ohio, on the weekend of August 2-4. This will be a tripleheader event in support of the IZOD IndyCar Series.

Learn more about Driven to Research at http://www.crs-src.ca/DrivenToResearch

Information on the Cooper Tires USF2000 Championship Powered by Mazda at http://www.usf2000.com