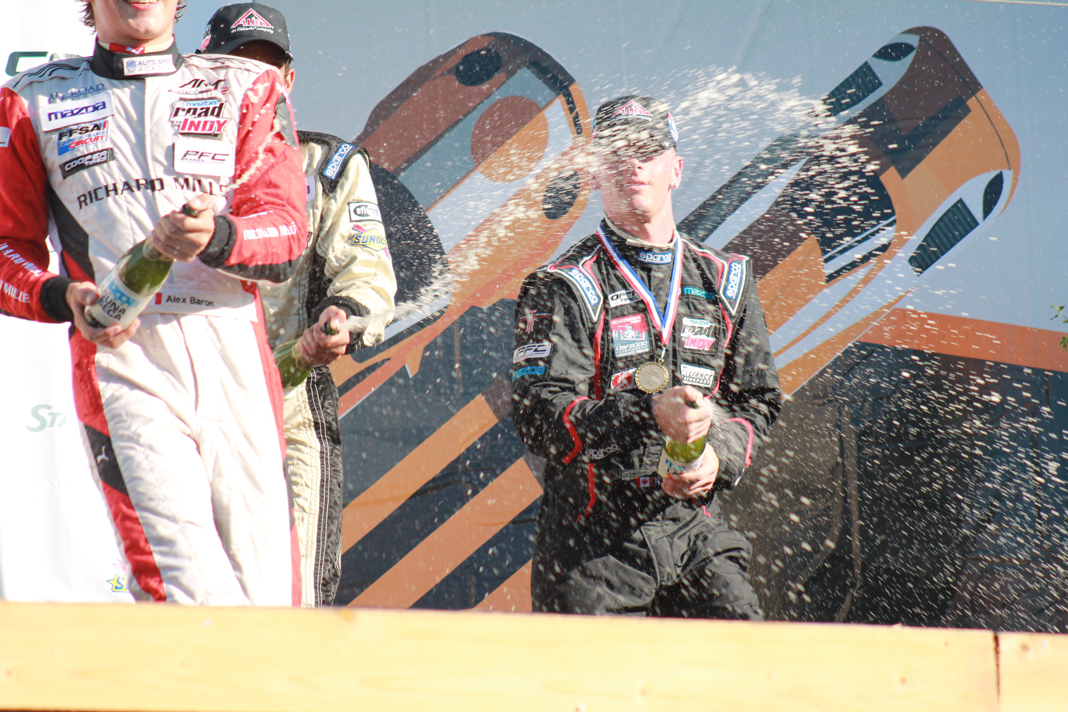 The event started off well with Verra running over 80 trouble free laps over the three test sessions and official practice session, getting faster and more consistent each session out. In qualifying, Verra laid down a very fast time on Lap 3 which would not beat.

In Race 1, Verra started the Alliance Autosport No. 25 Capto Scientia/Enemy Sport/Toshi/Cancer Research Society entry from the pole position. He had a very good start and was able to open up a small gap to his closest competitor, fellow Canadian James Dayson. By mid-race Dayson had closed the gap and was applying constant pressure to. Verra, however, ran mistake-free the entire race and opened up another gap towards the end to pick up his first career USF2000 National Class victory.

For Race 2, the grid was set by fastest lap times in Race 1 which meant Verra would again start from the pole position. He had another solid start and once again was able to maintain the lead and hold off multiple passing attempts by Dayson. Verra maintained the lead after a late race restart and went on to pick up his second win of the weekend.

“Ryan drove incredibly well all weekend,” stated Alliance Autosport Team Owner Scott Rettich. “He went faster each session out and didn’t put a wheel wrong the entire event. It was awesome to see him not only come away with one win, but win both races! I know he learned a few more things this weekend and gained confidence that will make him even stronger in Houston.”

“During the practices I was able to find some good speed in the fast corners which I carried into the races and used to maintain the lead and come away with the wins,” stated Verra. “It felt amazing to come away with my first wins in the USF2000 National Class in the Mazda Road to Indy. I’m more ready than ever to tackle the streets of Houston in October.”

About Alliance Autosport:
Alliance Autosport is a professional race team based in Columbus, Ohio. With multiple championships, including two SCCA National Championships and three SCCA Pro Racing Championships, the team has found success at both the club level and the professional level. Alliance Autosport is the SCCA Enterprises Great Lakes Division Customer Service Representative for Spec Racer Ford and Formula Enterprises. The team competes in SCCA Club Racing Regional and National Races, along with the USF2000 series. The team’s services include arrive and drive in Spec Racer Ford, Formula Enterprises, and USF2000, preparation and track side support, transportation, storage, part sales, and driver coaching and development. Alliance Autosport’s team members are dedicated, hardworking, and know what it takes to win.

More information about the team is available at https://www.allianceautosport.com and http://www.facebook.com/Alliance-Autosport. Drivers interested in testing or racing with Alliance Autosport are asked to contact Scott Rettich directly at scottrettich@allianceautosport.com.