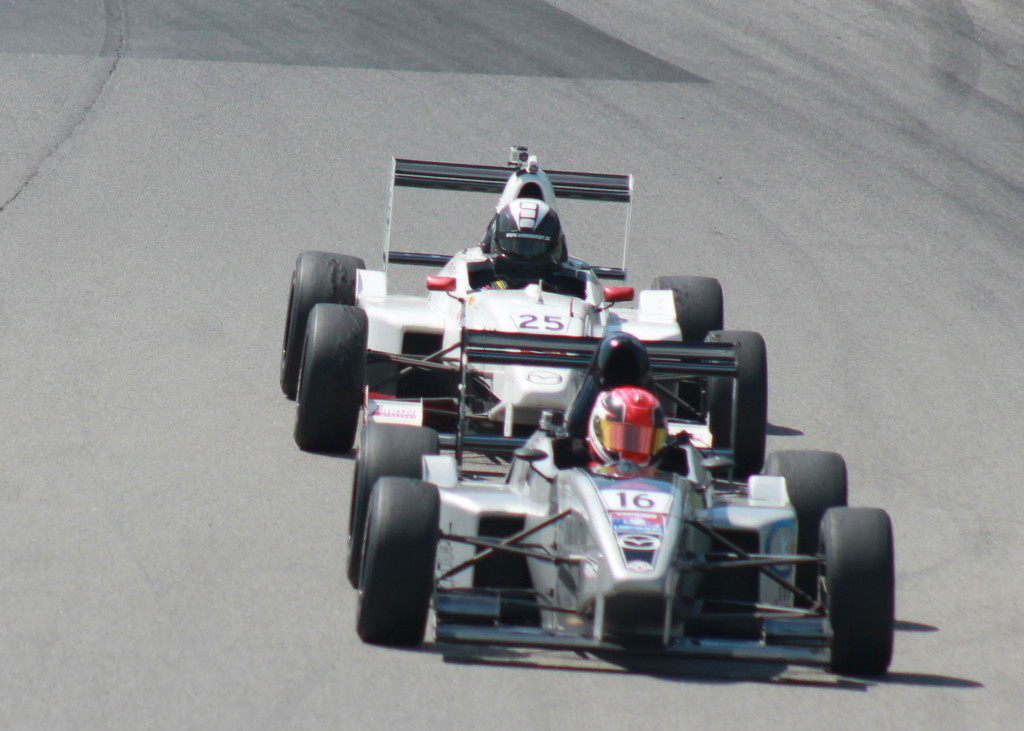 Verra Battles on the Toughest Circuit of the Season

Ryan Verra returned to the Mid-Ohio Sports Car Course this past weekend for the tripleheader event. This is one of the most challenging tracks on the series schedule due to its many elevation changes and turns. Though Verra prefers street courses, he was up for the challenge in his #25 Alliance Autosport (Capto Scientia/Enemy Sport/Toshi/Cancer Research Society) after testing in May with the Cooper Tires USF2000 Championship Powered by Mazda in the National Class Presented by SCCA Enterprises.

There were three races on the schedule at Mid-Ohio but Verra really found success during Races 2 and 3. From the moment the green flag flew on Race 2, Verra found himself in a heated battle with competitor James Dayson (ArmsUp Motorsports) for second position. They would switch back and forth for a majority of the race but Verra made an aggressive pass entering Turn 4 claiming second place as his in the National Class.

Bittersweet was the word for Ryan Verra during Race 3. Action began right after the green flag flew when an incident involving eleven cars forced Verra to focus on maneuvering through the wreckage effectively to gain position while some of the other drivers hung back. Once the green flag flew for the second time, Verra made an incredible pass for second position on the inside of the fast sweeping blind Turn 1. However he noticed a slow leak in the right front tire and he knew he would not be able to battle heavily for positions again, relinquishing second place to finish in third.

Verra’s next event with the Cooper Tires USF2000 Championship Series Powered by Mazda will be held at the legendary Mazda Raceway Laguna Seca September 7-8, 2013.