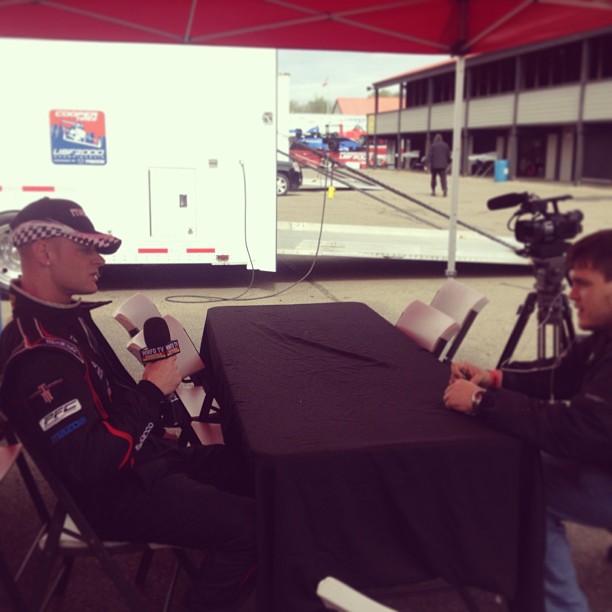 Alliance Autosport driver Ryan Verra, of Calgary, Alb., recently completed a successful test at the Mid-Ohio Sports Car Course. This was his return to the No. 25 Capto Scientia/Enemy Sport/Toshi/Cancer Research Society entry after a formidable crash in St. Petersburg during the March races which left him with multiple injuries.

Verra tackled the highly technical Mid-Ohio Sports Car Course, for the first time, with 100 trouble-free laps in a newly set up race car in a Cooper Tires USF2000 Championship Powered by Mazda-sanctioned test. Verra’s lap times were significantly faster each session and by the end of the day he was running competitive times in the National Class Presented by SCCA Enterprises.

“It was a great feeling to get back in the race car after the unfortunate crash during the St. Petersburg Grand Prix race,” stated Verra. “I felt strong and motivated to tackle any fears I might have picked up from that incident; and if there were any, they soon faded on the first lap out on this historic track. The track is definitely a ‘driver’s track’ as I was told by fellow drivers before coming here. The elevation changes and course itself is a challenge but very rewarding. I feel very fortunate to be racing with such a great series, team, and group of talented drivers who welcomed me back.”

This test was to prepare the drivers for the upcoming Cooper Tires USF2000 Championship Powered by Mazda races during the Hondy Indy 200 at Mid-Ohio Sports Car Course on August 3-4. To further prepare for that event Verra spoke with local news media (WMFD-TV) about the series, Alliance Autosport, and the August races. Next up for the National Class Presented by SCCA Enterprises is Rounds 5 and 6 held on the streets of Toronto July 12-14.

About Alliance Autosport:
Alliance Autosport is a professional race team based in Columbus, Ohio. With multiple championships, including two SCCA National Championships and three SCCA Pro Racing Championships, the team has found success at both the club level and the professional level. Alliance Autosport is the SCCA Enterprises Great Lakes Division Customer Service Representative for Spec Racer Ford and Formula Enterprises. The team competes in SCCA Club Racing Regional and National Races, along with the USF2000 series. The team’s services include arrive and drive in Spec Racer Ford, Formula Enterprises, and USF2000, preparation and track side support, transportation, storage, part sales, and driver coaching and development.

Alliance Autosport’s team members are dedicated, hardworking, and know what it takes to win. More information about the team is available at https://www.allianceautosport.com and http://www.facebook.com/Alliance-Autosport. Drivers interested in testing or racing with Alliance Autosport are asked to contact Scott Rettich directly at scottrettich@allianceautosport.com.