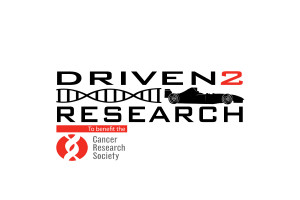 ‘Driven to Research’ will incorporate Ryan Verra’s #25 Alliance Autosport race car in the Cooper Tires USF2000 Championship Powered by Mazda National Class Presented by SCCA Enterprises division during the Mazda Road to Indy. We are calling on the general public to purchase a decal on Verra’s race car which will include the name of a loved one that has battled, or is currently battling, cancer. There will also be an exclusive contest to win a ride in the two-seater Indy car, driven by legendary racer Mario Andretti.

This project was inspired by a good friend of Verra’s shortly after finding out her mother was diagnosed with cancer and only had months to live.

“I watched my friend act so brave knowing she was giving her family strength during those hard times,” Verra recounted the moment. “It’s difficult to understand what people are going through; this is something we all fear and too often have to face.”

Verra knew he wanted to show support so he turned to what he knew best, racing.

“Being inspired by my friends’ strength, I had the idea of putting a ribbon with her Mother’s name on the wing of my (race) car, while I raced, to show support and maybe bring a smile to their faces during such hard times,” said Verra.

Verra was then determined to help find a cure for this horrible disease and knew other families dealing with cancer needed the support. He set out on a mission to fund research into cancers cure which led him to the Cancer Research Society. Together the CRS and Verra came up with the ‘Driven to Research’ concept.

“We were thrilled when Ryan Verra asked if we could team up with him,” said CRS Executive Director Andy Chabot. “A car racing event is a new and exciting fund-raising experience and we are happy that Ryan will use his great talents to help our organization fund cancer research in Canada.”

“I’m very excited to get this project rolling,” said Verra of the partnership. “It’s a huge deal to me knowing I’m out there racing to support cancer research. One in seven of us will die of cancer and to me that is far more dangerous than racing formula cars. We have a great group of fans and supporters that look up to us and it’s an opportunity to not only raise awareness, but to support the research that will cure this disease one day.”

If you would like to donate to the ‘Driven to Research’ campaign, or for more information, please check out the donation page at: www.crs-src.ca/DrivenToResearch